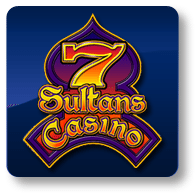 The 7 Sultans Microgaming Casino has a 650+ range of leading games on offer, including blackjack, roulette, baccarat, craps, live dealer games, scratch cards and a wide selection of online pokies. New players signing up for an account with 7 Sultans can take advantage of a $500 welcome bonus, and can choose to play titles for free or real money wagers with winnings paid out in Australian currency.

Unfortunately, 7Sultans does not cater to the American market. If you’re looking for a safe, reputable casino site that accepts US players, read our USA casino guide. 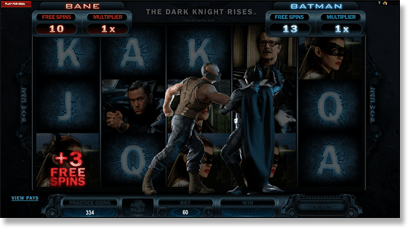 This 243 ways pokie uses graphics and music taken directly from the film, which makes it as visually and audio enthralling as its cinematic namesake. The Dark Knight Rises is played to a huge fixed jackpot of 1,780,000 credits, unlike its predecessor which offers a progressive jackpot. There is a bunch of intriguing bonus games to be found within this pokie, with several free spin rounds up for grabs. 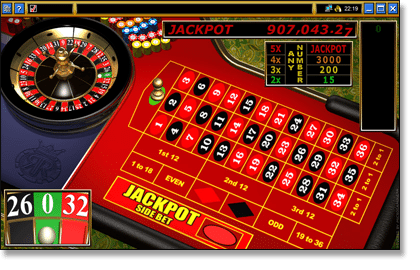 Roulette Royale – Progressive – the only progressive jackpot roulette game available to Australians (let us know if you find any others – we couldn’t), Roulette Royale is a Microgaming feat of brilliant gaming engineering. With vivid and realistic graphics and an easy to navigate user interface, Roulette Royale adheres to standard European roulette rules (single zero format) and lets players customise the game by changing the speed of the wheel and sound effects. If the same number is spun on two, three, four of five consecutive spins, you will win $15, $200, $3000 and the progressive jackpot, respectively (doesn’t have to be the number you bet on). There are ample other roulette variations at 7 Sultans Casino, too.

Robo-Jack Pokies – this is a five reel, 243 way pokies game from Microgaming that follows a gang of animated robots through a dynamic science fiction journey. Set against a factory-style background, this is a bright and glossy video slots game that uses a jazzy soundtrack and futuristic symbols to make for enthralling gameplay. Robo-Jack offers a bunch of exciting bonus rounds, each which is triggered by the appearance of one of five different robots, with loads of free spins potential (the largest bonus bringing 60 free spins).

Doggy Reel Bingo – if you’re a bingo lover with a soft spot for our canine friends, Doggy Reel Bingo just may have been designed with you in mind. One of several online bingo games from Microgaming, this variation isn’t what you’d expect to find from online bingo, utilising a combination of bingo, slots and online scratch card formats to create an interesting and fun casual casino game to play in between your usual table and pokies games. It’s a simple title anyone can play, with lovable dogs and other cute graphics. Doggy Reel Bingo comes with a $5,000 jackpot, with a minimum bet of $0.01 making it a great casual title for low wager punters. 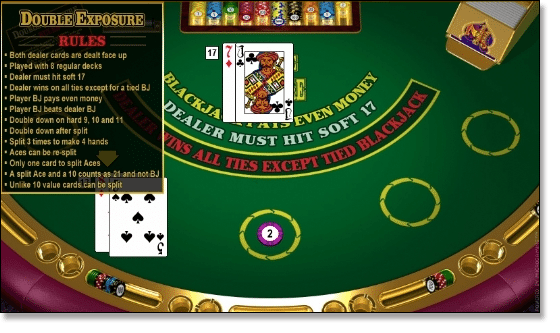 Double Exposure Blackjack – ever been in an intense game of blackjack and prayed for X-ray vision that allowed you a glimpse of the dealer’s cards? Pray no more with this fun online blackjack variation as Double Exposure Blackjack differs to classic blackjack in that both of the dealer’s cards are visible, allowing the players to make a well informed decision towards how to proceed with their hand. Naturally, this benefit comes at a cost, with payouts lower than the more traditional blackjack variations offered at 7 Sultans, but Double Exposure is a fun game and a good gateway for players who may not be as experienced with this classic card game.

Throne of Egypt Pokies – for reasons no one can quite put their finger on, Ancient Egyptian themed pokies seem to be incredibly popular no matter what, and Throne of Egypt is no exception. This Microgaming favourite is played over five reels and 25 paylines, with a $500,000 jackpot making it particularly enticing. The Egyptian graphics include intricate symbols of beautiful artefacts, riches and Gods. The Bonus Chamber feature is played over three levels, giving you the opportunity to select random items to win instant prizes, or find a key to take you to the next stage. If you make it to stage three of the bonus round you receive a multiplier that multiplies all of the wins accumulated in the Bonus Chamber, increasing your win exponentially. 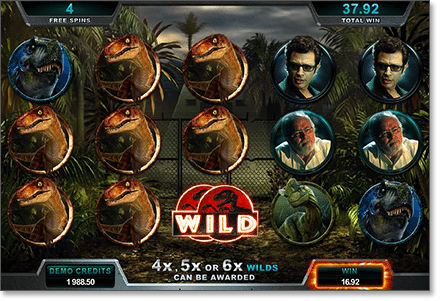 Jurassic Park – based on the early 1990s blockbuster movie directed by Steven Spielberg (which was based on the novel by Michael Crichton), it’s no surprise Jurassic Park quickly became one of Micrograming’s most popular online pokie games, ever. Jurassic Park remains one of the most famous and financially successful movies of all time with its video slots counterpart following suit. Graphics are taken directly from the film, with symbols consisting of the film’s leading actors Sam Neill, Jeff Goldblum and Laura Dern, and a collection of awe inspiring dinosaurs created using the highest quality CGI. Five different free spin rounds are based on five types of dinosaurs, with a T-Rex Alert Mode that can be triggered at random to increase your chances of mammoth wins.

7 Sultans is a great place to play a range of casino games in practice mode or for real money. Whether you are playing to win cash rewards or simply want to play for fun, 7 Sultans presents a fantastic platform for casino fans to play their favourite casino games online, via mobile or on their tablets.