BetSoft Gaming is a well-established online and mobile casino software developer. Known for their sophisticated and interactive 3D gambling technology, BetSoft is constantly developing pokies featuring interactive animations and effects, as well as other unique games across multiple platforms.

We take a look at the software developer and the incredible game catalogue it has created.

BetSoft Gaming was established in 1999 and has since become a prominent software developer for high-quality casino games. The studio has gained industry-wide attention and recognition for its state-of-the-art 3D graphics, cinematic animation and rich audio.

From 2012, the company expanded its catalogue to the growing mobile market, particularly on Apple iOS devices (iPad, iPhone, iTouch) with a specialised ToGo line of mobile video pokies. These include highly optimised Slots3 titles – At the Copa, Mr Vegas, The Slotsfather and Safari Sam – being the most popular.

When it comes to impressive 3D animations and visuals, BetSoft’s catalogue confidently dominate the niche markets. However, their gameplay also offers everything a real money player expects from high-quality pokies and table games – from features like auto-play and doubling-up, to nice touches like full-screen play and interactive events.

You can find both BetSoft pokies and table games at HouseofJack.com, G’day.com, while SlotsMillion.com has pokies and now some table games. 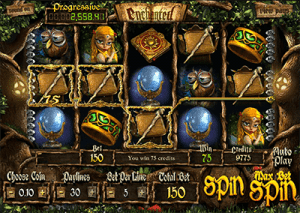 The team at BetSoft have 150+ games to their name, and a list which is in constant development. The uniquely stylised cartoon character models, cutting-edge graphics and ambient sounds of their pokies catalogue is the company’s primary strength, and their most well-known and popular work to date is the Slots3 series.

Many of their titles have a distinctive character artwork style that helps stand them out from the rest of the crowd, with colourful expressions and interactive effects.

A Night In Paris: An ode to the romantic reputation Paris represents, this 5-reel, 30 payline 3D pokie revolves around romance in France, with eye-catching scatters and wilds of everything great of French culture – from the art and the famous croissant, to the Eiffel Tower and Napoleon and an exciting ‘Caught in the Museum’ bonus round, where you can maximise your final payouts if you catch the on-screen thief on-time in an interactive segment.

Gold Diggers: A Wild-West themed Internet pokie with a fixation on gold, pretty ladies and hard-working miners, this 5-reel, 30 payline 3D pokie has symbols centred around the gold rush, and offers $0.02 minimum to $0.50 maximum wagers, with doubling up to 5x per line allowed to make a maximum possible bet of $75.

Gladiator: A historically-themed online pokie centred around the Roman Gladiator warriors of eras past, this 5-reel, 25 payline 3D slot machine features animated bonus rounds, scatters, symbols and wilds related to the history and mythology of the Roman Legionnaires, arena warriors, weapons and more – along with the ‘Click Me’ bonus, where you win instant bonus prizes.

Other great titles in the BetSoft Slots3 collection include:

Other games by BetSoft 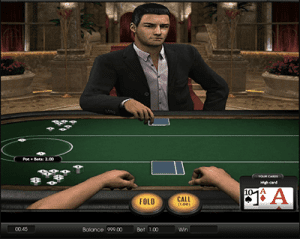 BetSoft have also developed plenty of other games, utilising their extensive knowledge in 3D software development to create 3D Poker titles too, as well as other innovative casino games, like Blackjack, Roulette, Keno, Lottery Games, and Video Poker.

Unlike many other casino games, the BetSoft line of titles are primarily designed for the Web-based instant play gameplay format (no-download): this is a distinct advantage as you don’t have to worry about downloading any casino software to gain access to some of the best 3D casino games on the Internet.

As one of the top casino game software developers on the Internet, it’s only natural BetSoft has a reputation for fair, safe and trustworthy game-play.

BetSoft software is approved, licensed and regulated by Technical System Testing (TST), who award an official Certification of Random Number Generator (RNG) Evaluation upon completion of the licensing process. TST are internationally recognised as an Accredited Testing Facility (ATF) as one of the most trusted testing laboratories in the world who provide reputable testing services to ensure game-play of casino software is always fair.

The certification from TST means BetSoft’s games have genuine RNG systems that produce an infinite number of combinations with random outcomes that aren’t exploitable or unfair. The developer is also licensed by advancing gaming jurisdiction, Curaçao eGaming Licensing Authority.

We recommend players head to HouseofJack.com for the full range of BetSoft 3D pokies and table games playable for real money.