OMI Gaming is a relatively young gaming software developing company and since committing to produce mobile and cross-platform games in 2012, has established itself as quality providers in the online casino world.Based in Stockholm, the number of Web casinos hosting OMI Gaming developed titles is expanding. OMI Gaming has its hand in developing desktop casino games, but builds its reputation around its leading mobile and cross-platform technology. The top OMI Gaming casino sites for February, 2023 include:

OMI creates its desktop PC titles with Flash and HTML5 formatting so games are accessible (with no downloads required) to the majority of Internet players. OMI’s mobile casino games are the real speciality though, creating casino pokies and other games compatible with an array of different mobile devices:

OMI Gaming titles, unlike some other casino software companies, run smoothly on iOS smartphones and tablets, Android devices, Blackberry phones and Windows phones, as well as on a number of lower-end Web-capable platforms. Here are some of OMI Gaming’s most popular casino games. 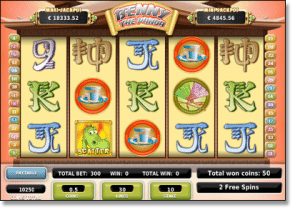 This is an oriental-themed 5-reel, 30-payline video slot game with bright graphics and lively music.

There’s the chance to unlock free spins and bonus wild rounds. Whenever you play Benny the Panda, you’ll also be automatically entered into the two progressive jackpots, which are displayed above the game while you play, a maxi-jackpot and a mini-jackpot. It’s a fun little slots game with simple rules and the chance to draw some serious winnings.

Princess Fortune is a 5-reel, 20-payline online slot that takes the traditional fairy tale of the Princess and the Frog. If you’re lucky enough to get three shoe icons on your reels, you unlock ‘The Kiss the Frog Bonus Game’ that can win you free coins. There is also the chance for free spins if you land three crown icons. 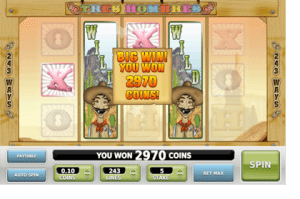 Tres Hombres is a 5-reel video slot with 243 paylines. It’s an action-packed game, there’s a piñata bonus game, the chance for free spins, expanding wilds and a massive 246,570 coin jackpot that can be won with just one spin.

The theme of the game is a meld between old-Western and traditional Mexican, which makes for some colourful graphics and animated background sounds. This is one of OMI’s most prized games – we highly recommend you give it a spin.

Despite being new to the scene, OMI has already received official recognition for the quality of its work. In 2012, the company was nominated twice in the mGaming Awards for ‘Best Mobile Gambling App’ and ‘Best Innovation in Mobile’. At the Totally Gaming Awards 2013, it was short-listed as a finalist for the ‘Best Manufacturer of the Year Award’ and was listed as a finalist for the ‘RNG Casino Supplier of the Year’ at the EGR B2B Awards.

OMI is accredited with all appropriate certificates to recognise its casino games are fair and of a high standard, including the seal of approval from AGCC (the Alderney Gambling Control Commission), an international industry watchdog to verify they are up to scratch. OMI Gaming’s RNG (random number generator) software is also tested and approved by the AGCC as well as other international regulatory bodies such as Malta and Gibraltar.

Where to find OMI Games?

As a new organisation, OMI Gaming is still building partnerships with potential distributors. Current big name partners including Every Matrix and X18bet. Many of the top online casino sites for real money will have OMI games, which is no surprise given this developer is now owned by Playtec