If you’re after the chance to win real money while battling alongside your favourite Marvel characters, Playtech games are the best chance to do this. The software provider has been around for almost two decades – capturing the attention of both operators and players from around the world. We take a look at the software provider and how it captures the quintessence of the advancing casino industry. The top online casino sites with Playtech software include:

There are numerous Playtech online casinos in 2023, with literally 100s of real money casinos featuring games from this software giant. The top Playtech casino sites can be accessed via both mobile and desktop computer, with it really just a matter of the user having an internet connection and updated web browser.

Playtech casinos generally have both the slots and table games, including live dealer, from this iGaming developer. Playtech slots are regarded as some of the best in the industry, with the company having over 2000 different titles, that have been released over many years.

The best online casinos with Playtech games could either be solely powered by this software provider, or more than likely have other iGaming companies titles available as well. This means under the one URL you might thousands of different real money casino games.

The top Playtech online casinos also often have bonus offers and promotions surrounding these titles, including things like deposit bonuses and cash back deals. You can read the casino reviews of the brands we mention on this page to find out about their offers in February, 2023.

Some of our top Playtech casinos include:

Playtech has been around since 1999 and was founded by Teddy Sagi, who planned to create a company which would change the casino industry forever.

Employing a multiple number of individuals who were well versed in both the casino and software development industries, Sagi created the company and set out to create games which were better than anything available.

From 2000 they studied the industry and by 2001 their extensive research paid off as they made their first major deal with a huge online casino. Then in 2002 they released their software to a European land-based casino which were in the process of launching an online version, propelling them to feature alongside big names like Microgaming.

From 2003 to 2005 the provider continued to gain traction and then in 2006 the company was listed on the London AIM and officially became a public company. Playtech was then listed on London’s Main Market in 2012 and continued its success via their poker catalogue.

From 2012 onwards, Playtech have created turnkey solutions to the best online operators in the industry, via a complete cross-platform. This means players can access Playtech games via any device, including smartphones, tablets, desktops and laptops.

Playtech has a huge gaming portfolio, featuring more than 500 online casino games. Their most popular titles, however are the licensed titles which have been created due to partnerships with Marvel, HBO, MGM and more.

The online casino games are incredibly popular and while they aren’t as readily available at all our recommended online casinos – this is likely set to change with the developer accepting Australian players.

Pokies and Marvel and HBO progressives 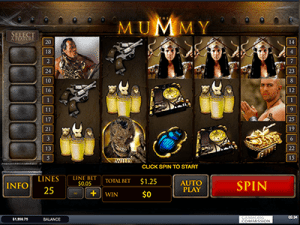 Playtech feature a lot of licensed pokies from popular movies, such as The Gladiator, Rocky, The Mummy, and more, as well as original themed titles.

Among them include a huge range of Marvel licensed progressives – each feature a four to six digit progressive attached to the comic themed pokie. Many are also licensed by HBO and these tie in with the movies which have been based on the comics, including Fantastic Four and X-Men and these feature the real images of the actors and actresses. 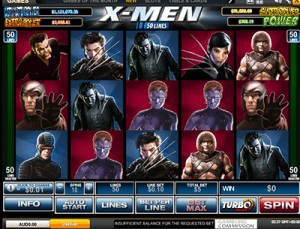 You can find a wide range of the pokies at both Slots Million and Casino.com.

Playtech also offers a huge range of table games including blackjack, roulette, poker and other table variants. The catalogue lives up to its aim of offering games which are unlike any available on the market, with remarkable variations of classic casino table titles. 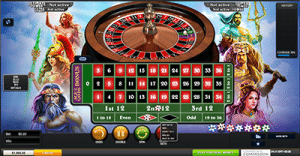 There’s over 18 roulette variants available including unique titles such as Marvel Roulette and the Age of Gods Roulette, along with the standard French, American and European roulette games.

There’s more than 15 blackjack variants too, including a huge range of multiplayer titles and many offering special side bets, such as Blackjack Switch.

No online casino is complete without a live dealer catalogue these days, and Playtech has its own titles available which see croupiers set up in studios mirroring land-based casinos. Their tables come in a range of colours to add a unique edge to the games while the web cam is of high quality.

The dealers are mainly female and are all very attractive with the chat feature allowing you to chat to them, as well as other players. 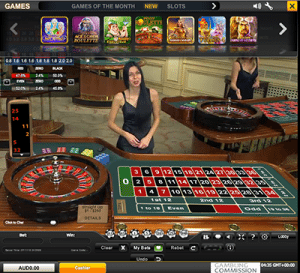 You can change camera views by choosing between the 3D view where it appears as if you are sitting directly across from the dealer at a land-based casino and the Classic view where you can see the wheel and the dealer. Each table also has the option of full screen and creating a customisable experience via the game settings.