Why do we gamble?

Why do we gamble? 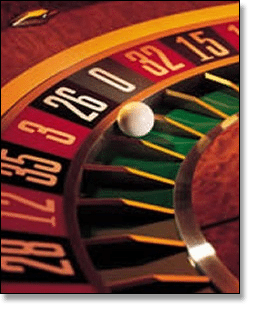 This isn’t to suggest playing games without monetary rewards isn’t enjoyable; that would be a baseless claim considering all the board, card and other games ever created.

However, we speak of gambling, which specifically denotes playing real money games of chance (some with part skill) for money. With the word’s origins derived from the early 18th century and from the now obsolete term ‘gamel’ (meaning play games), it is correct to say there is much more behind this ritual than the potential for financial gains, but to suggest it has nothing to do with it at all is illogical.

How we explain gambling

Rooted in the hope of increasing our assets, these reasons as to why we gamble are both rational and irrational. Michael B. Walker and D. Phil conducted a study on the practice of gambling, published in the Journal of Gambling Studies Volume 8 in 1992, which concluded people can be illogical in their pursuit of money via gambling, but further to that – people gamble for other reasons than making money.

Almost all bets within a real money casino are paid out at slightly less odds than what their true winning odds are, creating a scenario where the house always wins; so here lies the irrational aspect of gambling – our constant desire to try and beat the house when the odds are against us. When we know for a fact if we keep playing long enough losing is inevitable. But the hope of scoring that big win, risking our own assets to get it, is just too much to ignore for many of us.

Narayanan and Manchuanda’s study suggested people “are more averse to losses than they are happy with wins.”

The Prospect theory is a behavioural economic theory which describes how people choose between options involving risk, where the probabilities of the outcome of those options are already confirmed (such as in gambling).

The theory explains: people make decisions by first evaluating losses and gains, as opposed to assigning value to the final outcome, and then base their decisions on the perceived gains rather than perceived losses. So if a person was offered two choices of equal value – one which was expressed in perceived gains and the other in perceived losses, that person would choose the first. This is where our desire to gamble stems from – the potential gains.

Kahneman and Tversky carried out this study; a large group of participants were told they could choose the following:

The large majority chose to take the guaranteed $1000 (described as risk aversion). The same group of people were then told they could choose either:

The majority chose the 50/50 risk; and Kahneman and Tversky described this as risk-seeking behaviour. This mind-set gives us valuable insight in to why we gamble.

Gambling teaches us about human nature

Another experiment, one conducted by Richard Thaler, is also useful:

A group of students were told to assume they had won $30 and were now being offered a 50% chance of winning or losing another nine dollars. Seventy per cent of those students chose the 50% chance to increase their lot by $9.

But when another group of students were asked to choose between taking a guaranteed $30 or taking a coin-flip in which they would receive either $21 or $39, only 43% chose the coin toss.

We behave in a way where we seek risks for potential gains, but at the same time, are more averse to losses than happy with wins. It is confusing, to say the least.

It is human nature to feel excited when we take risks. When we gamble, the sense of anticipation of winning creates this excitement – a natural high, if you will. And winning releasing endorphins which make us feel good. On top of this, the sounds of the casino and our emotions all stimulate our senses and make the experience all the more enjoyable.

So the next time you gamble, know that what you are doing can most certainly be construed as irrational from an economical point of view – and knowing this can often make the experience more fun. While the odds may be against us, the allure of the casino and the natural high we gain from gambling are reasons which surpass mathematical rationality.

If you’re looking for an online casino site where you can sample games for free in practice mode to see what all the fuss is about, Raging Bull Casino gets our vote as the top-rated casino site for players from United States, with hundreds of instant-play games available with no downloads necessary.