Macau casinos at a loss due to Euro 2016 wagering

Macau is one of the world’s major gambling hubs, but this June the casino giant has reported a five-year low due to punters staking their money on the Euro 2016 soccer championships instead of in the casinos. The decline stays on trend with the two year stretch of falling revenue that started when the FIFA World Cup kicked off in June 2014 and hasn’t fully recovered since.

A statement released by Nomura analytics on Monday revealed Macau’s gaming revenue for June was already struggling compared to the same time last year, and the decline continued to accelerate when Euro 2016 kicked off on the 10th. The figures show revenue is down between 7-11 per cent, with the week the soccer tournament started reporting a huge 22 per cent decline in casino revenue.

If things continue to go this way, Nomura predicts that Macau’s total revenue for June could fall below US $2 billion, the lowest reported profit since September 2010.

If you’re a soccer fan who is also considering wagering your money on the Euro’s rather than in the casino, consider playing online as many of the top Internet casinos are extending some excellent bonus promotions entwined with Euro 2016, like these great offers:

Royal Vegas Casino – for every $50 wagered playing the soccer themed pokies Shoot! or Football Star from Microgaming, you’ll earn one ticket to the Football Frenzy prize draw. The winner receives a ticket for two to one of the Euro 2016 final events, along with two nights accommodation in a four star Paris hotel and $500 cash to go towards travel expenses and spending money.

Leo Vegas Casino – play at the live dealer Celebrity Blackjack Party table and if you are dealt one of the Euro 2016 player cards you’ll automatically receive $10 cash credited to your account the following day. 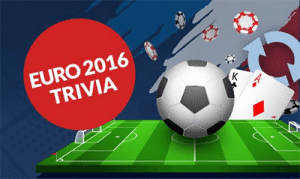 Guts Casino – score free spins daily by answering soccer related trivia at Guts Casino, while participating in daily missions to earn points and boost your place on the leaderboard. The top 150 players at the end of the promo period will share a giant prize pool, with a first place prize of $1,000 cash.

Macau might be losing out to the Euro 2016 league, but these online casinos have got their priorities straight by utilising the soccer games as a way to attract players. These trusted venues also offer some lucrative welcome bonuses for new players, so soccer fans, this is the ideal time for you to make the switch to online play.

Sign up for an account with Royal Vegas Casino to claim up to $1200 in bonus money distributed over your first three real money deposits. If players from your country are not accepted, we recommend players from United States head to Raging Bull Casino instead for real money or free play, with some great bonuses available.
Tags: GutsLeo VegasMOPromoRoyal Vegas
Show More

Enter the last weeks of Halloween Sweepstakes at All Slots Casino

Gambling addiction prevention bill could be at next Diet session