Once you understand the basics of real money online poker play (read our poker hub page here), it’s worth learning about the different types of games available for you to play, how the rake works, limit and no limit games and other more detailed online poker information. This article will go in to a bit more depth about the intricacies of live Internet poker rooms.

Real money online poker should be enjoyed in its highest quality and most secure format, which is why we only recommend the top three online casino and poker rooms which offer legal mobile and desktop poker play to eligible players. While money is converted in to US Dollars (so all players can compete against each other in the same currency), punters can safely deposit in multiple currencies, and then withdraw their winnings which are converted back in to the original deposited currency, at the same conversion rate.

Participating in online live poker action is often regarded as one of the best ways to learn the basics and hone your skills of ring and tournament-style poker games. While you can view live players you are competing against through brilliant Web cam technology, for the most part, online poker games are played without reading other player’s expressions because they are faceless. This emphasises the importance of knowing how to play your own hand (strong, medium and weak hands), and also how to project and maintain control during play, while also being able to react to other players’ actions.

Once you become adept at these skills, taking your game to land-based tournaments and ring-/cash games is often the next step, and many professional poker players have begun their careers playing at home on their computers. 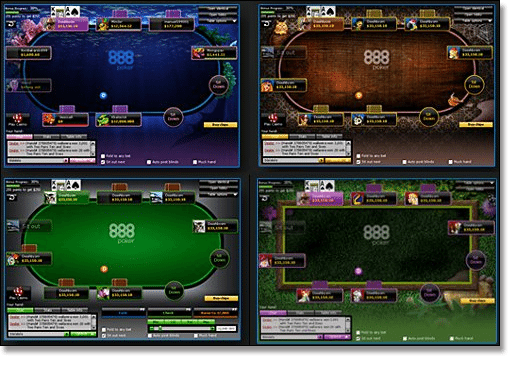 Within each of the above poker rooms, Australians can play several different types of poker games. Familiar to most players would be Texas Hold’em, the leading format of poker across the globe due to its exposure on television, the Internet and within popular literature in the early 2000s. During that time, Texas Hold’em overtook Seven Card Stud as the most common game played inside American casinos.

However, it’s not just Texas Hold’em and Seven Card Stud offered at our endorsed online poker rooms. The following formats of poker are available:

H.O.R.S.E is a mixture of several popular formats of poker, played on a constant cycle and a true test of a player’s skills. The games in H.O.R.S.E include:

In flop-style poker games (games which use community cards), blinds are typically used so there is some incentive to win the pot each round. In Hold’em and Omaha, a player can fold without having to place a bet, so blind bets are introduced as a consistent cost to take part in a round of play. 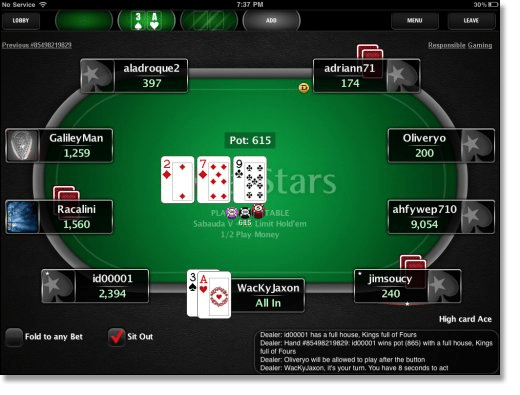 Once the blinds are posted, play continues to the left, with players either folding, calling or raising. When proceedings come back around to the big blind player, that player is given the option to bet again, or check and end that round of betting. From here on in, betting begins with the small blind player.

Antes are common in draw poker and stud poker. Antes are forced bets posted by each player (of equal value) before being dealt any cards. Players who fold their hands will lose money, and therefore antes provide an incentive for players to stay in the hand. Antes are also common when flop-style poker tournament games reach a heads-up stage (two players remaining). Note: some games play with both antes and blinds.

Each type of poker game has a set of betting rules which players follow during play. Here is a quick run-down of the different styles of betting:

The rake in poker

The rake is a simple aspect of poker games often made more confusing than necessary. Unlike games played directly against the casino (or the house), live poker is played against other players, so the operator running the games do not make a profit. The rake is the scaled commission fee which generates revenue for the operator, and for ring games, is generally about 2.5 to 5 per cent of the pot of each hand (up to a pre-set max amount). Rake in cash games will typically be taken out if at least one round of betting has been completed, and when the pot reaches a certain level. 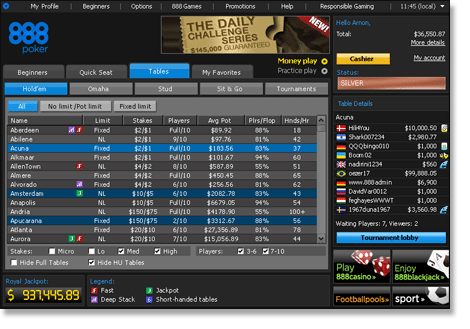 Online poker multi-table tournaments are often lead-in events for other, larger tournaments, such as satellites for huge events such as the World Series of Poker and the Aussie Millions. Win the preliminary tournaments and that could lead to bigger and better things – most of the time these tournaments will cost to enter, but there are some which offer free entry.

Within all live action poker games, players have a host of settings they can customise for their own gaming experience. Playing is easy, with clear options to bet, fold or raise, you can change the style and colour of the tables and cards, and you can enjoy 3D poker at 888 – one of the most advanced forms of interactive poker available online.

Play live Web cam poker with your mates, enjoy Zoom and Snap Poker, take a seat at multiple tables at the same time, enjoy low and high betting limit cash tables and tournaments, go heads up in a Sit and Go competition, select what type of time limit per round suits your playing preferences, and a host of many more options.