International Game Technology (IGT) is a global supplier of land-based pokie machines. Based in Nevada in the U.S., the company specialises in the design, development, manufacturing, sales and distribution of slot machines and has since moved into both mobile and online gaming by converting their titles into real money Internet games. Learn more about this gaming brand and where you can play IGT titles at online casinos.

IGT was officially founded in 1981. Its main headquarters are in Las Vegas and Reno, with several offices across North America, Australia and around the world.

The company gained its prominence for becoming the largest supplier of slot machines in North America – roughly half of all gaming machines are IGT-branded. With around $2 billion in annual revenue and listing on the New York Stock Exchange, it’s a company to pay attention to.

In 2005, IGT moved into the rapidly expanding online gaming market and acquired casino software developer WagerWorks for its advanced online gaming technology. WagerWorks would go on to port renowned IGT slot machines into the online arena – the most notable being Cleopatra, Monopoly, Pharaoh’s Fortune, Wheel of Fortune, and Star Trek. In the same year, the company also introduced its first progressive slots, called MegaJackpots.

In 2010, IGT organised the merging of WagerWorks and Million-2-1 into a single global division dedicated to developing more mobile and Internet-based casino games. 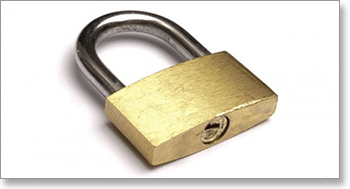 Unfortunately, IGT have imposed a region-lock on all of their online games, blocking players from Australia and many other countries from playing them – even in practice fun mode. Only U.S. players seem to be able to access them freely.

The reasons for the server block are unknown, but a few players have reported being able to play using VPN work-arounds (tricking the site into thinking you IP address is from another country). Short of experimenting with the aforementioned trick, there is no way to officially play IGT games at Emu Casino for players from several countries – for now.

However, players can still legally access our recommended online and mobile casinos listed in the table above and enjoy a host of games from other trusted developers such as Microgaming, BetSoft, NetEnt, NYXGaming and more. Each of these gaming platforms host traditional and progressive jackpot slots, blackjack, roulette, craps, baccarat, table and video poker and other titles such as bingo, keno, instant scratch cards and virtual racing and sporting games.

*The Royal Vegas Casino (RVC) market app is legally available for all smartphone and tablet users – tap the button from your device and you’ll be taken directly to your application store where you will be prompted to install Regal Vegas Casino – this is the correct application to download. Once downloaded, players can choose to play for free or real money. The RVC mobile platform has around 100 titles; a list constantly growing.