Types of online bingo and games

Types of online bingo and games 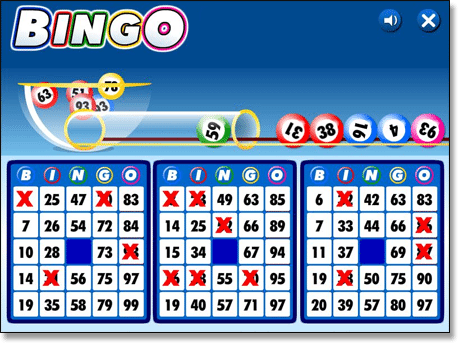 For many, online bingo arouses ideas of large groups of players enjoying bingo over a dedicated bingo website, but the hows and variations don’t often play in to consideration.

Bingo over the Internet can be played as a single player game against the computer, using random number generators (RNG), or in a live, team competition-based format against real players from around the world, also utilising RNGs. Live dealer bingo games, where genuine croupiers are filmed and streamed online drawing numbered bingo balls from hoppers, with player watching and betting, is the next step soon to be introduced to the world of online housie. You can also play progressive jackpot bingo games which offer some sweet cash prizes to be won.

These are single player, computer simulated games that run using random number generator software. The gaming interfaces are similar to the attractive and interactive themes we find in the likes of RNG online roulette and blackjack, with great visuals and sounds. RNG online bingo can be played at trusted casino sites such as www.Casino-Mate.com and www.AllSlotsCasino.com, and can be played for free or real money.

Our endorsed Internet gambling sites offer a huge selection of such titles, each of which contain their own individual rules and pay scales. Here are detailed explanations of some of the most popular single player bingo titles:

Rules and pay scales are clearly explained within each game, but each of our online casinos also provide a live chat option, where a friendly staff members will be available to assist should you require any help. Single player online casino bingo provides more options than live community games, such as more chances to win, more winning combinations and bigger payouts, however it lacks the social interaction that makes live bingo so much fun. The type of game you play will really come down to personal preference.

Try out the variety of bingo titles available at trusted sites like Royal Vegas Casino – currently offering a $1200 welcome bonus to new players. See how this timeless classic is making waves in the virtual gaming world. 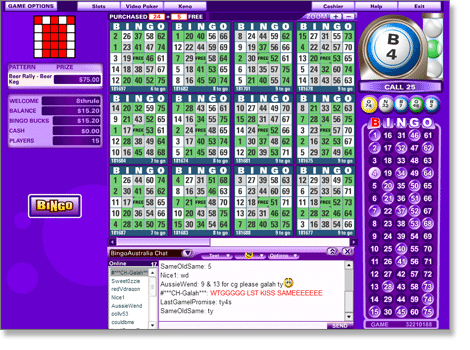 These are games played online for real money against real opponents, sometimes in a team environment. Unlike live dealer games, online bingo isn’t hosted by a live dealer who draws number from a barrel – numbers here are still randomly generated, but these games are popular due to the community aspect and the fun live interaction with other players. Games are played in real time and depending on how many players are involved in each game, the total prize pool, generated from ticket sales, increases. Community-based bingo also offers up some pretty sweet jackpots, many which are guaranteed to go off within certain games.

Live online bingo games occur at specific scheduled times within set rooms, allowing players to play their favourite game or against particular components at fixed times. This format has helped to build an online community of bingo enthusiasts, with players enjoying the consistency of being able to sign in to their regular game each day or week. Live online bingo websites will advertise a schedule of all their upcoming games, with the option for players to purchase cards ahead of time to secure their place in the game. These regular scheduled games also usually come with attractive bonus prize money up for grabs.

You can find live online bingo at such trusted site as Aussie Dollar Bingo, Bingo Australia, Kitty Bingo and True Blue Bingo, where a range of social bingo game types can be found, as detailed below.