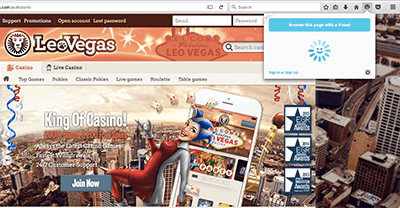 LeoVegas.com has added yet another string to its bow with the acquisition of a licence to operate gambling services in Spain.

The Scandinavian firm will offer both online casino games and sports betting to Spanish punters, although a launch date is yet to be confirmed.

According to LeoVegas Group CEO Gustaf Hagman, the Iberian peninsula is flush with opportunity for gambling operators.

“The Spanish online gambling market has a strong underlying growth with over 20% per year,” he said.

Recent figures from the Spanish Gambling Authority indicate that only 13% of the nation’s total gaming and wagering activity is conducted over the internet.

However, the online casino sector is growing at a rapid rate and enjoyed a 20% year-or-year boost for the first quarter of 2019.

Hagman added that, besides gaining a foothold in a booming industry valued at around €1 billion, LeoVegas would use Spain as a stepping stone for future ventures in Latin America.

“The Spanish license is an important step in our continued expansion in other Spanish-speaking markets; we have already conducted test launches in Peru and Chile,” he said.