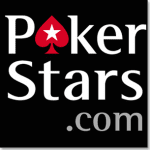 PokerStars has built a name for itself on the back of poker. Now the online giant is set to expand into casino with an announcement its globally facing PokerStars.com would soon have blackjack and roulette available.

For Australian iPhone and iPad users this still means there will not be a downloadable PokerStars app via the App Store. Our law does not allow real money gambling apps to be registered with the online shop.

However it is likely that iOS users will be able to play at PokerStars casino via an instant-play version, which is yet to be released. It promises to be an extremely interesting time for the online casino industry with this giant of poker, with a far reach, branching out into new fields.

PokerStars has announced that its desktop downloadable casino will work in the same browser as the standard poker client, which would go some way to explaining the recent overhaul of the software platform. They have said that users will be able to disable the casino part of the software with a minimum of fuss, as not to interfere with their poker experience.

This raises the possibility that Pokerstars will keep its mobile casino completely separate to its poker operations. 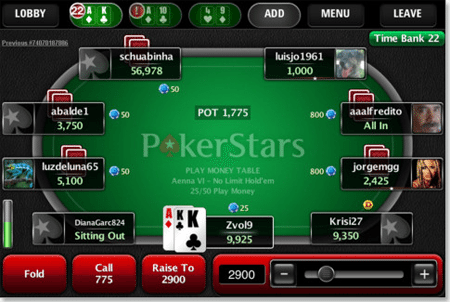 While PokerStars has yet to release many details about its plans for the iOS instant-play casino it said that Blackjack and Roulette would definitely be offered. It’s hard seeing them overlooking the lucrative slots market either, especially with Amaya strong in that area of development.

At this point in time they have not announced plans to have Live Dealer on any of their platforms so it’s expected that the games will be powered by RNGs.

As you can see in the image to the right, PokerStars has produced quality iOS apps in the past, so you would expect their mobile casino to be first rate.

PokerStars offer Visa and standard credit card deposit options as well as web wallets and bank transfers, which can be done via online payment systems. For bigger bank transfers you can do a bank wire or local bank transfer to a bank account held by PokerStars.

Withdrawals can take up to 48 hours to be processed, but this is generally pretty standard across the industry.

PokerStars has too much to lose if they fail in customer security when it launches its iOS products, sometime in early 2015. It is at the top of the pile when it comes to poker so you would expect its casino products to be just as good.

Customer support with PokerStars is either via live chat or email with both proving to be reliable in the past.

If Pokerstars isn’t right for you, or doesn’t accept registrations from your country, we recommend checking out Raging Bull Casino, our top-rated casino site for players from United States, which has some excellent welcome bonuses available for new players along with hundreds of real money casino games to choose from, with no downloads required.