This Pokerstars Casino review is highlighting the Stars Group-owned online gambling site, which is one of the most popular in the world, thanks largely to their poker product. The casino boasts 100s of real money slots and many live games.

Games: Aside from its traditional poker games, PokerStars will boast hundreds of other casino titles such as a catalogue of popular pokies, blackjack, roulette, baccarat and other table games.

Note: Pokerstars exited the Australian market ahead of the Interactive Gambling Amendment Bill which went into legal effect in September 2017. This review remains for record purposes and our eligible international readers only.

The Amaya Gaming Group, the publicly listed Canadian online gambling company giant which owns PokerStars and Full Tilt Poker, has announced it will be opening a PokerStars casino platform internationally in December 2014. Drawing from the PokerStars official poker platform, Australians can prepare for and expect a high quality online and mobile gambling experience, with games available to play for both free and real Australian currency.

After researching other gambling patterns of PokerStars players, David Baazov, the CEO of Amaya, stated the introduction of casino games “would be appreciated by PokerStars customers”.

With more than 40 million registered players worldwide, PokerStars is determined to continue to remain one of the largest names in the online and interactive gaming industry, with Southern Europe President Gino Appiotti explaining his team “strongly believes that in this market, adding casino games is the best way to serve players.” 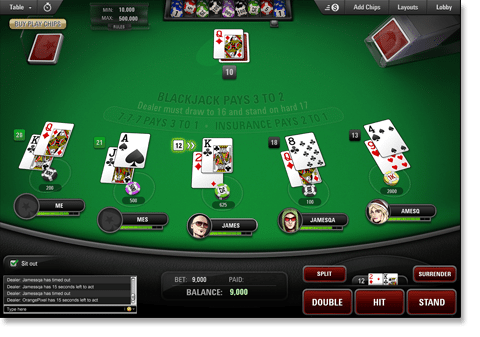 Currently, PokerStars does not offer an ‘instant play’ (Web browser) play option. Players need to download the safe and malware-free PokerStars software to access the poker room (the download takes less than two minutes and is free of charge).

The client software will remain in place for the new Internet casino, but it is still unconfirmed as to whether PokerStars will release an instant play (Web-browser based) gaming platform for its online casino and online pokie games. All currently registered PokerStars players will be able to log in to the casino platform with their existing credentials and will be able to use existing account funds to play real money games such as PokerStars blackjack, roulette and pokies.

All games will be regulated by independent third-party bodies which will test for player fairness and accurate random number generator technology. 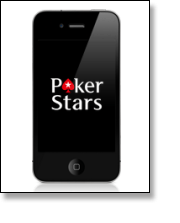 PokerStars new online casino will be compatible with all smartphones and tablets (and some older-end data-enabled and WAP devices) including, but not limited to: iOS device (Apple iPhones, Apple iPads), Android tablets and mobiles (Sony, Samsung, Google Nexus devices, HTC, Motorola), and devices using the BlackBerry and Windows operating systems, too.

If you wish to find out more about the PokerStars upcoming casino, you can shoot an email to support@pokerstars.com or fill out a support inquiry form in the PokerStars lobby.

While Pokerstars might not seem as human or caring as other big gambling companies, you can’t really argue with any of their products, including their real money casino. Pokerstars is available in markets where they hold licenses in, which includes some states in the United States, the Isle of Man and Malta. Overall we found doing this Pokerstars review the company is regulate in 22 countries. Pokerstars also operates in many countries that have not banned online offshore gambling, like New Zealand and Canada.