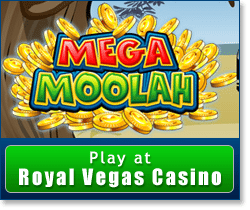 Microgaming’s most popular progressive jackpot pokies game, Mega Moolah, has just paid out its ‘mega’ jackpot to one lucky mobile casino player – a win of €7,968,311.26!

The most recent ‘mega’ win is the largest progressive jackpot payout from a mobile/tablet device, in the online gaming industry’s history.

John Quinn, the Head of Casino at Microgaming, said:

“With mobile gaming now accounting for almost half of all gameplay, it’s no surprise that we are seeing mega wins on this platform. We are extremely proud to have the longest-standing and biggest progressive jackpot network in the market, which also holds a Guinness World Records title. To now claim the largest ever mobile jackpot win is very pleasing. On behalf of everyone at Microgaming, congratulations to D.P. on this mammoth mobile win.”

The ‘mega’ progressive jackpot has now been hit 27 times ever since the game launched, with the first multi-million dollar jackpot won back in April 2008.

Australian punters can play Microgaming’s Mega Moolah pokies game at any of the following recommended casino sites, across any data-enabled device, including desktops, laptops, smart phones and tablets:

Mega Moolah is one of the several Microgaming progressive slots linked to the Microgaming Progressive Jackpot Network (MPJN) – a host of popular pokies games that share jackpots and can be played across multiple reputable Internet casinos that use the Microgaming software. Players from across the world contribute to the jackpots which accumulate quickly and are won quite often.

The game itself boasts a simple African Safari design with calming background music. Play the maximum wager per spin of $6.25 and you will have the best chance at triggering the random jackpot round – a ‘wheel of fortune’ type game where you spin a wheel that boasts 20 slots – 10 slots covering the mini jackpot, six covering the minor jackpot, three covering the major jackpot and one for that glorious mega jackpot.

Open an account (free of charge) at www.RoyalVegasCasino.com and enjoy one of the most popular real money five-reel slots online.

What about other progressive jackpots?

If you are visiting us from United States, you can also take a look at Raging Bull Casino to find several international progressive jackpot slots with million dollar life-changing prize-pools from multiple software developers, including iSoftBet, Net Entertainment and Rival Gaming.

Stakelogic Expands into Estonia and Latvia; Partners with Olybet