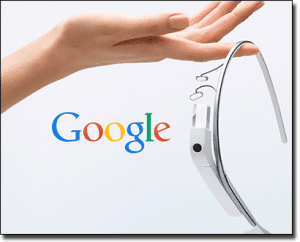 Google Glass is at the forefront of wearable technology. As the latest technological marvel in the wearable devices field, it performs many of the same functions as a smartphone; it can make calls, take photos, access Wi-Fi and there are a growing number of apps compatible with Google Glass. All of these features are displayed on the inside of the glasses and has a user-friendly interface similar to that of a standard smartphone.

Google Glass can be voice activated or controlled with the touch pad on the right arm of the glasses. It’s powered by the Android operating system but is also expected to be compatible with Apple iOS products – Google currently offers a companion application for Android and iOS that let’s the user configure and manage the device from another mobile device.

At the moment, the expensive piece of equipment is priced at $1500 – is it worth the entry cost? And will it be usable in online casinos in the near future? We explain what we think is ahead of us.

Google Glass applications are still in the early stages of development compared to those available on the average smartphone. However we are already seeing steady development in gaming applications. As the number of Google Glass users increases, more effort is being put into the applications accessible on them. The first version of the product was available to a select 8000 in March 2013, with more released onto the market in May 2014. In 2015 Google announced that it was going to stop producing the Google Glass prototype and graduate onto the next phase of the Google Glass project and with other wearable devices emerging onto the market like the Apple iGlasses and Oculus Rift headset, Google Glass will face some strong competition when the next development emerges.

Current applications available on Google Glass include Facebook, Twitter, exercise apps, news sites, photo manipulation tools, language translation packs and more. Google Glass isn’t the only one creating apps for their product, third-parties are also investing in designing apps specifically for the device. Each Google Glass already has the spectrum of Google’s technology installed on it including Google Now, Google Maps, Google+ and Gmail.

One of the most popular Google Glass applications is ‘Mini Games’ which offers the user a selection of interactive games. New to the Google Glass scene is a video sports game ‘Swingbyte’, where players compete in a golf tournament on the green.

Google Glass has been banned from a number of brick-and-mortar casinos in the US, but online casinos implementing the use of Google Glass is an endeavour waiting to happen. The basics of gaming technology are already there and it’s only a matter of time before interactive casino games have a space on Google Glass. This could mean incredible things for how we gamble on mobile devices in the future. With the leading edge innovations of Google Glass there is exciting potential for the types of games that could be created, opening the door for Google Glass pokies and Google Glass blackjack.

However, it may be awhile before you’re able to play an real money casino games via the device. While there are promising possibilities for casino games, it may be awhile before they are readily available on Google Glass. The main criticism current Google Glass games have received is that they are difficult to play in public because they require you to manoeuvre in the game using voice commands or the side touch pad.

One gaming developer has already created a game that makes the most of this “flaw”. The game, titled ‘Glasscopter’, requires players to tilt their head in order to move the helicopter. Gambling gaming developers will likely find ways to incorporate Google Glass’ controls to make casino games that are played in wholly new ways.

Another issue is Google Glass is designed for shorter periods of use than other phones, this means games that can be completed in a briefer period of time will need to be made. In the bigger scheme of things these are smaller issues that industry-leading gaming software developers will be able to work out over time.

Want to get an idea of what it’s like to play at a 3D virtual reality casino? Go to Slots Million to play the pokies in full virtual reality with the use of Oculus Rift glasses.